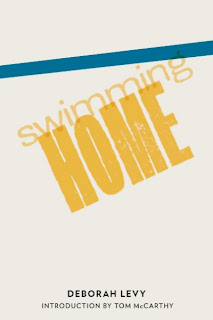 Where in the world do we find true suffering? Is it in (to pluck an example out of the air) the recent attempted genocide in Rwanda? Or is it, rather, in the mind of a house-guest of a wealthy white middle-class English family staying at a villa in the South of France? A villa with a nice swimming pool?  A young female visitor who gets naked a lot? Who has an interest in poetry? Who has a bit of a history of depression? Isabel, whose villa this is, is a journalist. She knows the answer. Will she cover Rwanda?  'Without witnessing first-hand the terrors of Rwanda, she had gone too far into the unhappiness of the world to start all over again' [31]. No delving into Rwanda for her!  She has enough on her plate.  Kitty Finch is the skinny, big-breasted English girl with the poetic aspirations, the tendency to get naked all the time and the history of poetic affectation and loony behaviour. The first time we meet her, she has pitched up uninvited at Isabel's villa and is swimming naked underwater in the pool. Isabel's husband Joe at first thinks she is a bear. It's not the first wrongfooting moment in the novel. Swimming Home is published by And Other Stories press. When I picked up my copy I thought to myself: 'Swimming Home, And Other Stories .. is this even a novel?' [chuckles] --I know! What am I like? [wipes mirthy tear from eye] -- of course it's a novel. It's the story of what happens when beautiful, naked, poetic, attractively fucked-up-in-the-head ('not!', as Limb Bizkit once said) Kitty gatecrashes the villa where Joe and Isabel Jacobs are staying with Nina, their 14-year-old daughter, and their friends Mitchell and Laura. Mitchell likes guns. It's 1994, which is when Rwanda was happening, but the novel's not interested in that. Joe is a poet, and is not entirely faithful to Isabel. Nina's period is about to start.  Mitchell likes guns ... or did I already mention that?  Joe fled the Nazis in 1942. This novel comes pre-introduced, with a black-polo-necked and gitane-y preface by Tom McCarthy, no less, in which he praises Levy for knowing 'her Lacan and her Deleuze, her Barthes, Marguerite Duras, Gertrude Stein and Ballard, not to mention Kafka and Robbe-Grillet.' My, that's a lot to live up to.  A writer could easily undershoot, and end up merely sounding pretentious and derivative and pretentious.  So what do we have?  We have this.  Levy writes like this:


Kitty stared at the sky smashing against the mountains. [21]

There was a kissing coma in the atmosphere. [104]

The days were hard and smelt of money. [5]

It was shrapnel in her arm, his indifference to the envelope she had pushed through his bedroom door. [130]

Tears and snot and saliva were pouring out of the holes in his face. [154]

This is not very good writing. But ... pretentious?  Pur-lease. Suffering trees!  Sky-mountain smash-ups! Then there's this:


Standing next to Kitty Finch was like being near a cork that had just popped out of a bottle. The first pop when gases seemed to escape, and everything is sprinkled for one second. [36]

The fartaceous When Gases Escape would be a reasonable alternative title for this novel. The villa has a swimming pool. The swimming pool is Significant. Can you guess the shape of the swimming pool?


The swimming pool in the grounds of the tourist villa was more like a pond than the languid blue pools ... a pond in the shape of a rectangle, carved from stone. [5]

It's Swimming-Pool-shaped.  That passage comes right at the beginning of the novel. Pay attention, now.


The rectangular swimming pool that had been carved from stone in the grounds of the villa reminded him of a coffin. [87]


He heard himself ask her if she liked honey.

'Because I know so little about you, Isabel' ... yes yes yes she said yes yes yes she likes honey -- his pen scratched these words aggressively across the page whilst he watched a white butterfly hover above the pool. It was like a breath. A miracle. [66]

Being able to write, howsoever scratchingly, whilst looking in a completely different direction is miraculous too. In a way. Anyway. Naked Kitty is forever being glimpsed floating under the water, her hair spreading out. Beautiful, sexy, poetic, fucked-up-in-the-head Kitty, with her history of depression, floating underneath the water of the swimming pool (it's a COFFIN! It's CARVED FROM STONE! The WATER IS FUCKED!) Levy could hardly work harder to foreshadow Kitty's death-by-water. Ah, but there you're wrong, see? It's a trick ending! It wrongfoots you! It's Mitchell who dies. I shan't say how, because I despise spoilers. Although I might remind you: Mitchell is the one who likes guns.


'Joe likes pe-cu-li-ar words, cos he's a poet.' Mitchell said "peculiar" as though imitating an aristocrat in a stupor. [11]

No, don't get that at all. Surely an aristocrat in a stupor wouldn't say anything at all?


When he was fifteen he had very lightly grazed his left wrist with a razor blade. Nothing serious. Just an experiment. [21]

It's all about real suffering, this novel, see? This is the real deal.  To those who suggest this is a novel by turns oblique, pretentious and inconsequential, I reply: is this pretentious?


Laura announced she had made trifle for pudding. It was a recipe she had taken from Delia Smith's Complete Cookery Course and she hoped the custard had set and the cream hadn't curdled.

[New section] The beginning of birdsong. The sound of pine cones falling into the stillness of the pool. The harsh scent of rosemary. [45]

Birdsong ... or Bird's custard?? Rosemary ... as a necessary ingredient in trifle?? I rest my case.  Could anything be less pretentious? It's so unpretentious it expertly pastiches the form of traditional comic bathos.  Let's not pretend (do you see?) otherwise. And so we read:

Rwanda ain't got nothing on this baby.
Posted by Adam Roberts Project at 00:30

A reader of your punkadiddle site says nice to read your reviews again. Maybe Deborah Levy's writing has been inspired by the late Robert Jordan's prose?
thanks for stopping me wasting my time on the Wheels of time and this!
The sacrifices you've made :)

Yeah, what you said :-) This one did nothing much for me, I thought it had moments of being quite good but overall was irritatingly over-written. I've liked other Levy books more in the past, I don't see this as one of her best efforts (and certainly not Booker material).

Um, it's Joe who dies, not Mitchell, who tries to revive him.